River of Life: How a Lost Boy Found His True Home. One of the most remarkable stories you’ll ever hear. 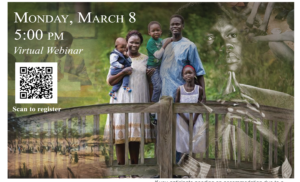 In 1987, at age ten, Deng Chol was forced to leave his peaceful home in southern Sudan in the middle of the night and trek more than a thousand miles through jungle and desert, along with thousands of other children, escaping a murderous regime.

Along with many other boys, he marched thousands of miles to find refuge in a camp in Kenya. These boys had to flee Sudan because they were the targets of killings by militant forces. Many of his friends died during the flight because they were attacked by wild animals. Deng survived and along with the other survivors these boys came to be known as “The Lost Boys of Sudan. ”

Having arrived in the United States, Deng advanced to be a leader of the Lost Boys and he continues with much energy to bring to the attention of the public the horrific events in his home country. He mobilized 3,900 Lost Boys across the U.S. and organized them into peace advocacy chapters. Deng didn’t only inspire his fellow Southern Sudanese in the US, but he also used the urgency of his voice to galvanize American public to pressure the U.S. Government to broker peace in the Sudan in 2005. Deng was the first Lost Boy to graduate from an American University (Arizona State University). Afterwards he obtained degrees from George Washington University and Harvard University and is now at Oxford. All along the way he has been an avid and outspoken advocate for human rights, peace, and justice. His story is one of unimaginable adversity and tremendous triumph.

Deng Majok Chol is a South Sudanese national, a co-Founder and former Executive Director of the Lost Boys and Girls of Sudan, (U.S.A). He has worked on humanitarian issues affecting refugees and internally displaced persons (IDPs) around the world. He was a consultant at the World Bank Group. Deng is married to Sarah, and they have 4 children. You can read more about Deng here.