UI events and programs increase awareness, broaden horizons, and inspire appreciation for the many different expressions of cultures in our world. Our events fall into three main categories:

Cultural-themed events invite Upstate residents into a new world of sights, tastes, sounds, arts, and traditions. With events catered to almost any crowd, you will learn about cultures of the world through first-hand experience.

Be aware and engage in conversation about the world’s most pressing issues by attending World Affairs events. As an official World Affairs Councils of America affiliate, Upstate International engages globally-minded South Carolinians directly with each other and with elected officials, civic leaders and professionals from around the world.

As Greenville becomes the city of our dreams, it is also becoming the city of the dreams of many nations. In the last twenty years, this area has seen significant growth, attracting over 350 companies from around the world. UI fosters opportunities to form global connections with international business and commerce professionals.

Walking the Nile by Levison Wood

The Nile, one of the world’s great rivers, has long been an object of fascination and obsession. From Alexander the Great and Nero, to Victorian adventurers David Livingstone, John Hanning Speke, and Henry Morton Stanley, the river has seduced men and led them into wild adventures. English writer, photographer, and explorer Levison Wood is just the latest. His Walking the Nile is a captivating account of a remarkable and unparalleled Nile journey. The International Book Club is open to all members of Upstate International and usually meets once a month from 7:00 – 9:00 pm. Guests are welcome to attend a meeting before being asked to join.   Click here for more information or to become a member.  For more information on the International Book Club please contact Caroline here.

An America and the World: Flashpoints
Free Lunch & Learn – Live and Online

Steve Buckingham, a lawyer and mediator in Greenville, is particularly interested in the evolution of the rule of law, and how legal procedure was applied or abused at singular moments to shape the course of history.  This is one of those historical moments. How will history judge our leaders? What powers are afforded to a president in times of crisis and do those moments of necessity set precedent that forever change the balance of power in a democracy?

William Lasser, Alumni Distinguished Professor of Political Science at Clemson University and Director of Clemson’s Calhoun Honors College, received his Ph.D. in Political Science from Harvard University. He is the author of numerous books and articles on law and American politics, including The Limits of Judicial Power: The Supreme Court in American Politics (University of North Carolina Press) and Benjamin V. Cohen: Architect of the New Deal (Yale University Press). He has taught courses in constitutional law, American government, and political theory at Clemson for more than 35 years, and in 1993 was the recipient of Clemson’s Master Teacher Award.

Please grab your lunch, your computer and join us online.  All lectures include plenty of time for questions and connecting with your peers.
FREE attendance; Registration required.

Come out and enjoy a nice hike with the UIWG on the 2nd Tuesday of every month, starting in September. Meet at the Starbucks on E. North St.

UIWG Events are brought to you by Upstate International, a membership-based organization. Check out the membership page on our website for more information. 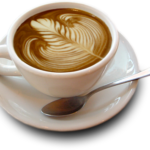 Join the International Women’s Club for our monthly Coffee & Conversation every 3rd Tuesday of the month.  Meet new people in a relaxed and easy environment, many of us are from abroad while just as many are from the US; we love to share stories and cultures.
No RSVP.
Read more
Categories: International Women's Group Open to Public
Jun
23
Tue
2020
CANCELLED – Long Fitness Walk with the UIWG
Tickets
Jun 23 @ 9:00 am

Get in shape with the International Women’s Group on the fourth Tuesday of every month in our long fitness walk! Meet in the Cleveland Zoo parking lot.

We’ll walk all the way to the Swamp Rabbit Cafe, enjoy a cup of coffee and a snack, and then walk back…a good 8 miles round-trip!  You’ll definitely get in your 10,000 steps for the day!

RSVP required…so we know that you are coming!  Please click here  to RSVP or to contact Margo for more information.

IWC Events are brought to you by Upstate International, a membership-based organization. Check out the membership page on our website for more information.

The official opening event for Upstate International Month, varies year to year and has included  everything from our International Galas, and our Caliente Cuba: A Night of Hot Art & Cool Culture to our International Trivia Night of Mind Madness and more. Whatever the event, we guarantee a sensational night replete with customs, culture, and cuisine!

This year’s event will be a Murder Mystery Party! Join us at Zen for a night of fun where you can come dressed in character and socialize all while trying to find out who committed murder on a train. Did the butler do it? Or was it the actress, the professor, or even the detective? It is up to you to find out…

America and the World Lecture Series

An informal Lunch & Learn lecture series on America, our allies and our enemies, our difficult diplomatic relationships, the status of cultures and countries, and the current track of U.S. relations that keeps us all guessing.   The whole world is connected and what happens abroad can have major ramifications here at home. Cultural and economic changes happening on the other side of the globe affect our safety and impact us economically.  With nearly 460 companies representing 36 countries here in the Upstate, it is important that we stay abreast of global issues that might impact us.  Each year, generally September through May, The World Affairs Council Upstate, a program of Upstate International, offers a monthly lecture series that focuses on American Foreign Policy as it relates to different parts of the world.

A summer sensation, Salsa at Sunset brings live Latin music and dancing to the Upstate community. No prior experience in dancing is required for this outdoor family event held in downtown Greenville.  Whether you choose to dance or sit and enjoy the music, the energetic atmosphere will have your toes tapping.

During this evening of international delights, guests have the chance to feast on desserts, sip on wines, and enjoy myriad other treats from around the globe. Hosted by the International Women’s Club, the evening features homemade delights from more than 15 countries.

While most red wines improve with age, the handpicked wine from the Beaujolais region of France is best enjoyed fresh. To celebrate the end of harvest season, we join the French this evening to indulge in this luxurious young wine and a delectable French meal.

Have you ever wanted to visit a Mosque? A Buddhist temple? A Synagogue? Have you ever wondered how other world religions worship or celebrate their culture? Many people are curious about religious traditions but are reluctant to inquire for fear of offending a person of another culture. Our series takes you to visit and learn about these traditions right here in the Upstate.

A celebration of the Christmas season in traditional German style, the Glüehwein Party is a festive experience full of great German food and the spiced red wine special to this time of year. This family-friendly evening is a perfect start to the holiday season.

A night dedicated to the celebration of the poetic melody of Robert Burns, guests are treated to authentic Scottish food and drink while delighting in recitations of Burns’s poetry.

A broad spectrum of international humanitarian aid stems from South Carolina, yet few know about its scope, impact, or how to help. Global Humanitarian Outreach luncheons bring in speakers who are currently addressing issues on things such as contaminated water, preventable childhood deaths, malnutrition, housing shortages, and other basic human needs.

The “Galette des Rois” is a way for the French community to celebrate the Epiphany, or the arrival of the Three Wise Men (“Magi.”)  In France, every year the people gather pour tirer les rois, to find the kings.  We continue the tradition at Upstate International. The traditional galette is cut into slices and in one of the slices is a special charm.  The person who gets the slice with the lucky charm becomes ‘King for the day.’

A popular French treat, crêpes can be enjoyed savory or sweet, but they are best enjoyed in the company of fellow members of Upstate International.