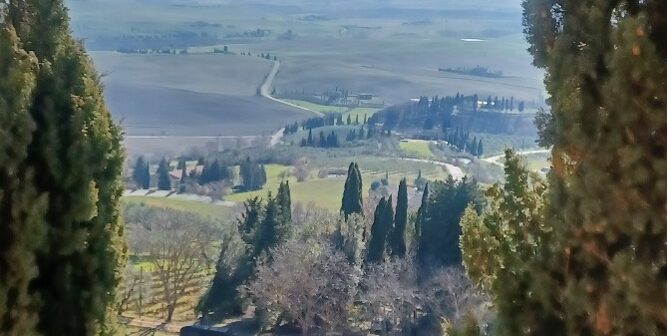 Streets, roads and highways in Italy can be an adventure. Outside major cities, and even in parts of those cities, many streets have no sidewalks, or the sidewalk has become a parking lot or a restaurant space. Sometimes drivers stop to run into a store, regardless of the flow of traffic or the difficulty of passage by other drivers, and they park on or partially on the sidewalks. If there is an open space, or seemingly open space, it can become a parking space. Italians appear to be notorious for making a parking spot in places North Americans would never consider.

Actual parking spaces have a color code, white is free, yellow is for residents or permit parking only, and blue is a pay spot. For pay spots along streets and in a few lots, there are usually parking ticket vending machines or meters somewhere nearby, and you will need to leave the ticket in the window to show you are legal. In some parking lots, you may need to take a ticket upon entry, but then is the question of whether you pay on the way out or if you must find a kiosk to read the ticket and take the charge off of your credit card. Kiosks may or may not be close to the exit and may or may not be well marked – or they may in a location that is just out there somewhere.  Do not be surprised to find a fellow hanging out near the kiosk or parking lot exit to give tourists and non-locals directions to and about the kiosk, hoping for a tip.

In older towns with narrow streets from the Middle Ages, walking down the street is a process of listening for oncoming vehicles and determining if there will be adequate space for the car to pass. If not, the pedestrian needs to find a doorway or means to step back. The expectation is that both drivers and walkers take responsibility not to have a pedestrian accident. When there are marked crosswalks (sometimes even in the country), traffic is to stop when anyone steps out.

Driving in medieval city centers may be limited to residents, to specific times of the day or week, or to patrons of hotels. In some cities, there are stiff fines for driving on a street unauthorized, or at an unauthorized time.  In some cities, this and other fines may be paid at a post office, but in other cities the fine may need to be by money transfer from your bank to a city account, and the exchange fees, wire fees and other transfer costs can greatly add to the cost of the fine.

Italy has a generally good system of autostradas. Many or most are toll roads. The automated pay stations take credit cards and operate quickly and efficiently.

You are unlikely to see police dealing with speeders. Italy has an extensive system of speed monitors on highways and roads, and if speeding, you will receive a ticket in the mail; some people consider the tickets and fines just part of the cost of driving. If going below the speed limit expect an impatient driver to pass you, sometimes on hills and curves.The joke is that stop signs are “merely suggestions,” and “rolling” stops are frequent.  Country roads are often narrow, so anticipate slowing for cautious passage or stopping to allow passage of another vehicle. Watching an approaching driver in the middle of the road or at least partially across the centerline, if there is one, can be alarming. Trucks are notorious for being a bit over the centerline, even on the autostrada.

Italy has traffic circles and but rarely has traffic lights; learn to use them and you will realize they are far more efficient than stoplights. GPS is a great help with traffic circles, but if you do not have a GPS the signage can sometimes be confusing. There seems always to be a road to Roma.  Other signs may not list the nearest town, but may list obscure villages and towns further down the road.