Commentary: Religious freedom meant for all

From The Greenville News 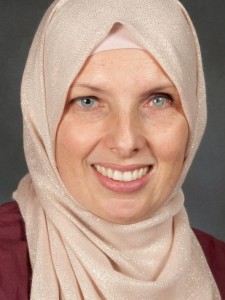 I am the Principal of As-Sabeel Academy, Greenville’s Islamic elementary and middle school. In our school we teach our students about the great ideals on which our country rests — the equality of man before the law, freedom of speech or the right to pursue happiness with minimal governmental interference. Also among these ideals is, of course, freedom of religion.

Not surprisingly, freedom of religion is of particular importance to us as Muslims and as citizens of this country. We find ourselves in the best of company. The founding fathers – Thomas Jefferson, James Madison and George Washington among them – spent a lot of time thinking about Muslims (as well as other religious minorities) and their rights to practice their faith and be citizens of the new country.

Thomas Jefferson worked fervently to ensure religious freedom was the law in Virginia. He envisioned this freedom in broad terms, arguing that the “pagan,” “Jew,” and “Mahhamdan [Muslim]” must have the same rights to practice their religion as Christians.

Another founding father, Richard Henry Lee, proclaimed, “True freedom embraces the Mahomitan [Muslim] and the Gentoo [Hindu] as well as the Christian religion.” George Washington, too, said he would welcome Muslims to Mount Vernon if they were “good workmen.” The Virginia Statute for Religious Freedom that Jefferson and James Madison helped craft became the model for the First Amendment of the Constitution, which gives Americans the right to practice whatever religion they want (or none at all) and prevents the government from establishing a religion.

What was the purpose in this insistence on religious freedom? Not only would this be just, of course, but it would also be instrumental: The founding fathers understood freedom of religion and inclusion of religious minorities would create loyal American citizens who feel protected and who would help America prosper.

Citizens agreed. A petition to the Virginia State Assembly in 1785 asserted: “It is mens labour in our Manufactories, their services by sea and land that aggrandize our Country and not their creeds. Chain your citizens to the state by their Interest. Let Jews, Mehometans [Muslims], and Christians of every denomination find their advantage in living under your laws.”

The wisdom of the founding fathers has been confirmed. There are growing numbers of Muslims and other religious minorities living in America. These citizens have loyally served America as doctors, nurses, engineers, teachers, police officers, soldiers and more. They call this great country their home and they celebrate the freedoms it provides them.

More recently, however, this celebration is becoming more and more difficult for us Muslims. As terrorists have been committing atrocious crimes in the name of Islam, our religion has fallen into much disrepute. Regarding these criminals, you must know we Muslims suffer as much or more from their crimes as anyone else. At this very moment many of our family members and loved ones are fleeing from ISIS or from brutal dictators, and many are dying in that process.

The American people must not be confused nor misled by demagogue politicians and an irresponsible media; Americans must not project the evil doings of terrorists on the Islamic faith. Many modern American statesmen – Republican and Democrat alike – have understood this and they speak in the best mold of our American ideals. Just six days after the tragedy of 9/11, President George W. Bush proclaimed, “Islam is peace. These terrorists don’t represent peace. They represent evil and war.” And most recently, President Barack Obama addressed Muslims at a Baltimore mosque, saying, “You’re right where you belong. You’re part of America, too  … You’re Muslim and American.”

Just like the founding fathers, these leaders have understood that when Muslims are included in making America great, and not excluded from being part of it, American principles are preserved and America prospers. And just as importantly, the terrorists’ propaganda that America is at war with Islam is rebuked. Indeed, terrorists are defeated when America stands firmly committed to its founding principles.

The founding fathers’ arguments remain as important today as they have always been.  We do not want what we have been teaching at our school to be a “theory of American ideals,” rather we want it to be a “reality of American ideals.” For us Muslims, this reality is becoming more difficult to claim. You have a role in remaking this reality. You do because it is not only about freedom for Muslims — it is about the principle of freedom. It is about who we are as Americans.