One Man: A Path to Innovation with Mahabir Pun 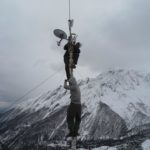 Several weeks ago the Upstate had a visit from an unassuming man, tirelessly journeying across 45 cities in 50 days, to build partnerships for a vision of opportunity in Nepal.  Mahabir Pun has spent the past 26 years, since graduating from the University of Nebraska, on building community projects around the idea that innovation is the way to a brighter future for his country. As Mahabir has no paying job to speak of, in fact, has never had since his return to his country, every project must have support  and sustainability built into its fabric. But how do you build a future with no finances at hand? How do you build entrepreneurship from the hard, rocky ground up? How do you build new life into a country where talent retention does not exist and the bright students must seek jobs far from home?

As one of the world’s least economically developed countries, Nepal faces a huge trade deficit with over 90% of its needed goods and manufactured items being imported from other places. Young, innovative and creative talents are being lost at an alarming rate.

Enter Mahabir Pun and his realization that Nepal’s best chance for economic development, given its natural resources, political climate, and economic realities, lay in sustainable entrepreneurial projects and science based research, technology creation, and innovation.

When Mahabir first returned to his country after being in the U.S. for university, he quickly realized there were no jobs to fit his skills. He asked the community what they needed help with and the response was immediate—“We need a high school.” So, as Mahabir relates, “I built a school.” Then he eventually built a second one, pulling along the village families into economic development projects to make the schools sustainable. From cheese making to decorative paper products for sale to tourists, every undertaking was made with a goal of raising the standard of living among his people and providing an opportunity for education to future students.

The Himanchal High School was founded by Pun to have a focus on computer education and other programs thought to be best for future income generation.  Computers are expensive and Mahabir would have to find an innovative way to meet the need. What does Nepal have in plenty? Tourists from many different countries. An idea was born to connect the school with used computer parts so that computers could be built affordably. Mahabir campaigned in the USA, Japan, Malaysia, Australia, and Singapore for donations. The computers were powered by 2 small hydro generators—sustainably powered by the running water of a nearby creek.

From there it was only a small amount of time before connecting villages to each other and much needed communication support became the next goal. For 2 years Mahabir and his supporters worked to develop a system to address the complicated prospect of getting wireless signals across the vast, mountainous land that separates villages from each other.  Through the building of handmade TV dish antennae and improvised relay stations, Mahabir’s hometown of Nangi now had a way to connect to the nearest city of Pokhara, and to the internet. This work would allow access to distance learning and to an influx of new communication opportunities.

So by now you are thinking- Wow! What initiative! But all of that accomplishment is not the best part.

According to Mahabir, the best part is always the next part, and for him it’s a quest to bring his goal for a National Innovation Center (NIC) to life.  Registered as a non-profit in 2012, the NIC’s vision is to create a culture of research and development in Nepal and to help nurture and promote innovation-based ecosystems by employing both bottom-up and top-down approaches. The vision also includes a program to match talented researchers and scientists who work abroad, mentors in fact, with young Nepalese participants. (A list of current mentor needs is at the end of this article.)

Sitting on donated land, the structure has taken shape as it looks out over the mountains; all glass and light so as to inspire creativity. Mr. Pun is leading a crowd funding campaign to support building a 10MW hydropower station which will power the NIC facility. The registered hydropower company would be a major stakeholder and generate cash income by selling power to the government.  For now, 42 researchers and innovators work across different parts of Nepal. The center support allows them to work on projects ranging from drones delivering medicine, to solar powered cooling suits, to ATV’s that can traverse the exceptionally rough terrain.

Mr. Pun believes that the structure applied by the innovation center is replicable in all underdeveloped countries. Young talents in Nepal will receive full financial support and mentorship from the National Innovation Center in four steps. This model aims to retain, nurture and promote Nepal’s top human capital and leverage their considerable intellect, creativity, and talent in fostering the country’s social and economic growth. And that might be the best part.

For more information on the National Innovation Center of Nepal and Mahabir Pun visit https://nicnepal.org/ 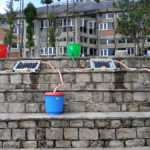