Doubling Down: My Journey Learning Korean by Stephen Krupka 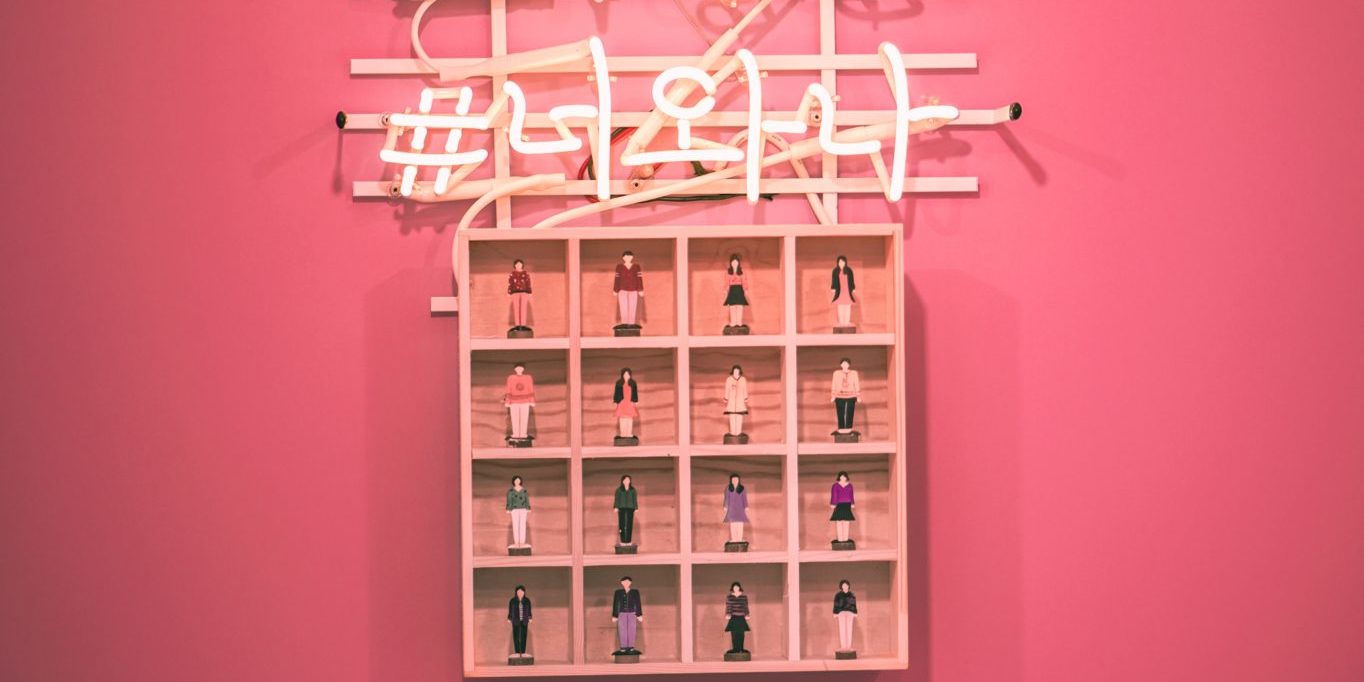 Stephen Krupka loves to travel and then write about it, guiding others to his discoveries.  Visit his website: http://www.loadedlocal.com/   The Loaded Local is the one-stop shop for young travelers to find the best nightlife in the cities they are traveling to.

When arriving in Korea, the language barrier smacked me square in the face. Before leaving the States, my family, friends, and acquaintances had all asked me, “Stephen, do you know any Korean?” “None,” I would answer with a grin, oblivious to just how a big of a problem this little detail posed. While I was aware that most Koreans did not speak conversational English, it was one of those things I figured I would navigate upon my arrival. After all, the language wasn’t a big issue when I studied abroad in France. I spent the semester in Paris, where English is widely spoken, surrounded by 22 Clemson students speaking, you guessed it, English. Not to mention that I was well on my way towards a minor in French. No, I hadn’t considered those minor facts when I set off for Korea in August. I was confident that as a seasoned traveler, no challenge was too big for me. Plus, I was going to be immersed in the culture, so shouldn’t the language just kind of…come to me? I was in for a treat as I sat down in my window seat, settling in for the 14-hour Korean Air flight. Buckle up buddy, turbulence ahead.

Where are the Letters?

It’s hard to express how overwhelming it is to live in a country with a different alphabet. No letters, no familiarity, just a slew of characters that could mean absolutely anything. Without knowledge of Hangul (the Korean alphabet), it’s impossible to sound out a word, let alone understand its meaning. On top of that, the sounds commonly uttered in Korean are vastly different from those we utilize in English. From top to bottom, it is a complete reset regarding everything you’ve come to know about communication. For me, this reality was staggering. I entered into a bubble of isolation, feeling unable to connect with anybody and everybody. Between the new sounds, strange characters, and subsequent feeling of disconnect, I can confidently say that the language barrier was the most trying aspect of my adjustment to life in Korea. When facing this challenge, I was left with two choices.

“Get By or Double Down”

Unfortunately, the growing stress of my inability to speak the language led me to loathe it. For a brief period time, I couldn’t stand the sound of Korean. It was a daily reminder that I genuinely had no idea what was going on. Learning Korean was just one of the many looming burdens I had yet to confront since my arrival. As a result, it was a source of immense frustration for me, and I wrote it off completely. I wasn’t going to learn Korean, and my plan was to pick up just enough to get around. You know, “Hi,” “Bye,” “Thank you,” and “I’m sorry.” The phrases one learns in order to seem like a decent human in a place where they are not understood. I still recall telling my cousin, Scott, that I would either have to “double down on studying Korean” or “learn just enough to get by.” My choice, of course, was the latter, as I didn’t see a long-term benefit justifying the time and effort I would need to invest. However, all it took was a sushi dinner and a trip to the Muay Thai gym to change my mindset.

In the pits of my language-induced slump, the teachers at my school invited me to a dinner kicking off the school year. To be honest, I was thrilled. After a couple weeks with little human interaction, I figured a low-key, faculty-only dinner was precisely what the doctor ordered. It turns out, however, that group meals are not as fun when you’re essentially mute. Throughout the meal, I found myself feeling more isolated than ever, watching the other teachers laugh and enjoy each others’ company. It wasn’t that I was being excluded — that was not the case at all. Rather, various teachers made several attempts to flex the English they did know in order to communicate with me. However, you can only connect so much through brief conversations about the weather or a shared sushi dish. I could have so much in common with each of my co-workers, yet never discover it due to our lack of a common language. During this meal, I decided something needed to be done. All at once, it occurred to me that simply “punting” the idea of studying Korean was ridiculous. If I was going to live life in Korea to the fullest, I needed to put in the work. While it was not necessary for me to become an expert, perhaps learning Hangul would be a good place to start.

And learn Hangul, I did. Surprisingly, a 30-minute YouTube video is all it took. It turns out that the self-starting English teachers at orientation were right — it was not all that difficult. Notepad in hand, I began sounding out various words I came across at school and in town. After some practice, I started building momentum. Cheers erupted in my classroom as I not only pronounced words written in Hangul, but also spelled “Teacher Suh-tee-buhn” on the board. There was a real rush to picking up the language I had previously sworn off, and I wanted more. Sure enough, I found what I was looking for at the Muay Thai gym. My first friend there served as my guide, elevating me from Hangul beginner to Korean speaker. She taught me how to pronounce phrases from “nice to meet you” to “how are you doing today?” It turns out that the latter, “pronounced “kee-boon-ee oh-tay-oh” is only to be used around close friends. Unfortunately, I discovered this only after sharing my new phrase with everyone from my school’s principal to the grocery store cashier. Looking back, many of their puzzled reactions make more sense now. While we’re not best friends yet, I’m going to chalk this one up to being a “waygook”, or “foreigner in Korea.”

Nonetheless, my friend at the Muay Thai gym corrected and improved my pronunciation week after week. Through her teaching, we were able to connect, and she would praise even the slightest improvement. My confidence with Korean skyrocketed, and while I couldn’t say much, I was having a blast. Happy to be connecting with locals, it was during this time that I was reminded of why I came to Korea in the first place. If there is one thing I am passionate about, it is exploring other cultures and experiencing all they have to offer. While my love for language learning was originally overshadowed by the frustrations of culture shock, the suffocating isolation I had previously felt was wearing off. Accordingly, I made the connection that perhaps the more Korean I learn, the better relationships I can form, resulting in greater happiness. It was a pretty simple formula, really. Consequently, I decided to “double down.” Every Thursday night since, I’ve been doing just that.

Pictured above is my Korean tutor, a Seoul resident named KyongSup. We connect via Skype each week to begin a new Korean lesson. So far, I’ve moved past basic introductions and am now picking up conversational topics such as “Is this a Korean book?” and “Where is the bus stop?”. A complete 180 from my mindset just one month ago, you may be wondering how I got here.

After my impactful interactions at the Muay Thai gym, I decided I wanted to get my hands dirty and “learn learn” Korean. Getting by was no longer an option. Rather, I challenged myself to become conversational in the language in two years. While the “down in the dumps” version of myself saw no long-term benefit to putting my heart into this, “Korean beginner Stephen” felt a true passion for it. It didn’t matter anymore if I could weave these skills into my future career. Now, it is about soaking up everything I can about Korean culture. It took some time, but I’ve come to realize that I will get out what I put into this experience. Had I chosen to simply “get by”, I would likely be doing just fine. However, by doubling down, I have a chance to sink my teeth into the adventure of a lifetime. It’s humbling, challenging and exciting at the same time — but that beats complacency ten times out of ten.