Russian journalist explores Greenville’s food, travel, but wonders why all the bathrooms 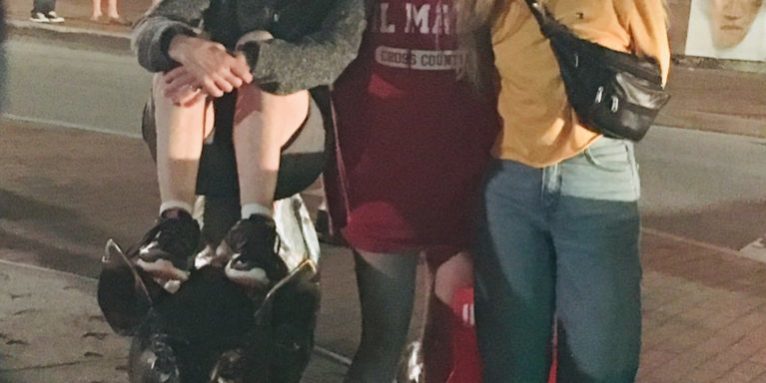 Have you ever heard anything about Mtsensk? I bet no. It is a provincial Russian town of a size comparable to Greenville, where I spent my childhood.  I left it 10 years ago to study in Moscow and since then I have been caught up with the life of a journalist. I’m an editor at the Village newspaper – an online media site about the city of Moscow, and I’m participating in an exchange program and have been placed as an intern at The Greenville News.

That’s why a few days ago I landed in Greenville and memories of my hometown Mtsensk crossed my mind. Small, located pretty far from the capital, full of green parks, conservative – this could be said of both Mtsensk and Greenville. But it turns out those two cities could not be more different.

The main difference that was striking to me is that Greenville, despite being not much bigger than Mtsensk, is growing rapidly and people want to live here. I have been asking every new person I meet where they are from. The answers were Chicago, Washington, D.C., Atlanta, Columbia, Munich – but not Greenville. No one was originally from here. This trend is completely opposite of what you see in Russian towns of comparable size. If you meet somebody who had moved from Moscow or St. Petersburg (the two biggest Russian cities) to Mtsensk, you would consider that person strange. But you will not meet anyone like this. The highly centralized structure of Russia resulted in a few mega-cities, absorbing all the power, money and talents from the rest of the country.

In my hometown there was not even a single movie theater, while in Greenville you have a few of them, plus performing arts theaters, museums, a symphony (the director of which is Russian, by the way) and, what impressed me the most, a waterfall in the very city center. Lucky you, to have both – all the urban developments and such peaceful nature!

There are mountains not far, and I was very enthusiastic to go there for hiking. But here I faced the first stereotype about America – you have nothing to do in some American states without a car, they told me. That’s totally true in South Carolina. I was not able to get to the mountains because I don’t have a car and can’t drive.

Can you imagine? I’m 27 years old and I can’t drive. Every teenager seems to have a vehicle here. While in Russia, you don’t need a car if you don’t have a big family. The costs of insurance, maintenance, fuel and parking are quite high, in addition, the traffic is pretty bad and the condition of the roads is far from perfect. In contrast, public transport works very well, especially in big cities, which also have good infrastructure for pedestrians. Moreover, Uber and its competitors made taxi rides in Russia affordable for daily use, much cheaper than here, so it is very common to catch a taxi on the way to work or to go home from a party in the middle of the night.

Greenville is not about parties. I can see festivals, sports and churches, which I came across more often than bars. Sport seems to be an essential part of the American lifestyle. Locals visit baseball games, root for hoсkey teams, have swim meets and jog in the mornings. It’s just one of the entertainments here.

While in Greenville, I visited a baseball game for the first time in my life: the field, people yelling, athletes, hot dogs – for me it was like the pictures on television in my childhood. But I didn’t understand a thing about the game, mostly because I was talking with my American acquaintances. Another game that I had never seen before and one that left me puzzled even more was lacrosse. I’m not sporty at all, because my hometown is not. The only sport we had – fighting with guys from another district.

The craziest thing I’ve learned here is that you measure your houses by bathrooms. For the first time in my life, I’ve seen houses with four and five bathrooms. You have two bathrooms when you have only one living room. Are you serious? You are not supposed to spend that much time of your daily life there. In Russia you don’t have to ask how many bathrooms somebody has, the answer is one. If not, you’ve met a rich Russian.

What I liked the most of all in Greenville: the people. Everybody I’ve met was surprisingly kind and respectful. I could think that all people in South Carolina are like that, but your crime news says they are not. My hosts, my editor and others were very hospitable, tried to show the best of the city and to let me taste it through its food. One of my favorite places now is Tupelo Honey: the carrots and the grits are wonderful!

Locals were also asking me a lot about Russia, and I was trying to answer honestly, feeling myself a kind of an ambassador of Russia in Greenville. Yes, we have McDonalds. Burgers are also one of the most popular foods in my country. No, we don’t need to get permission to leave Russia and we do travel abroad. We listen to your popular music not much later than you – our Internet is not so slow, and tickets for Billie Eilish gigs in Russia were sold out in a few hours. True, we have censorship, and our civil rights do not matter much to the government.

I wish people in Russia would be so respectful and responsible as people here. I wish our small towns looked like Greenville. Thank you South Carolina for treating me well. 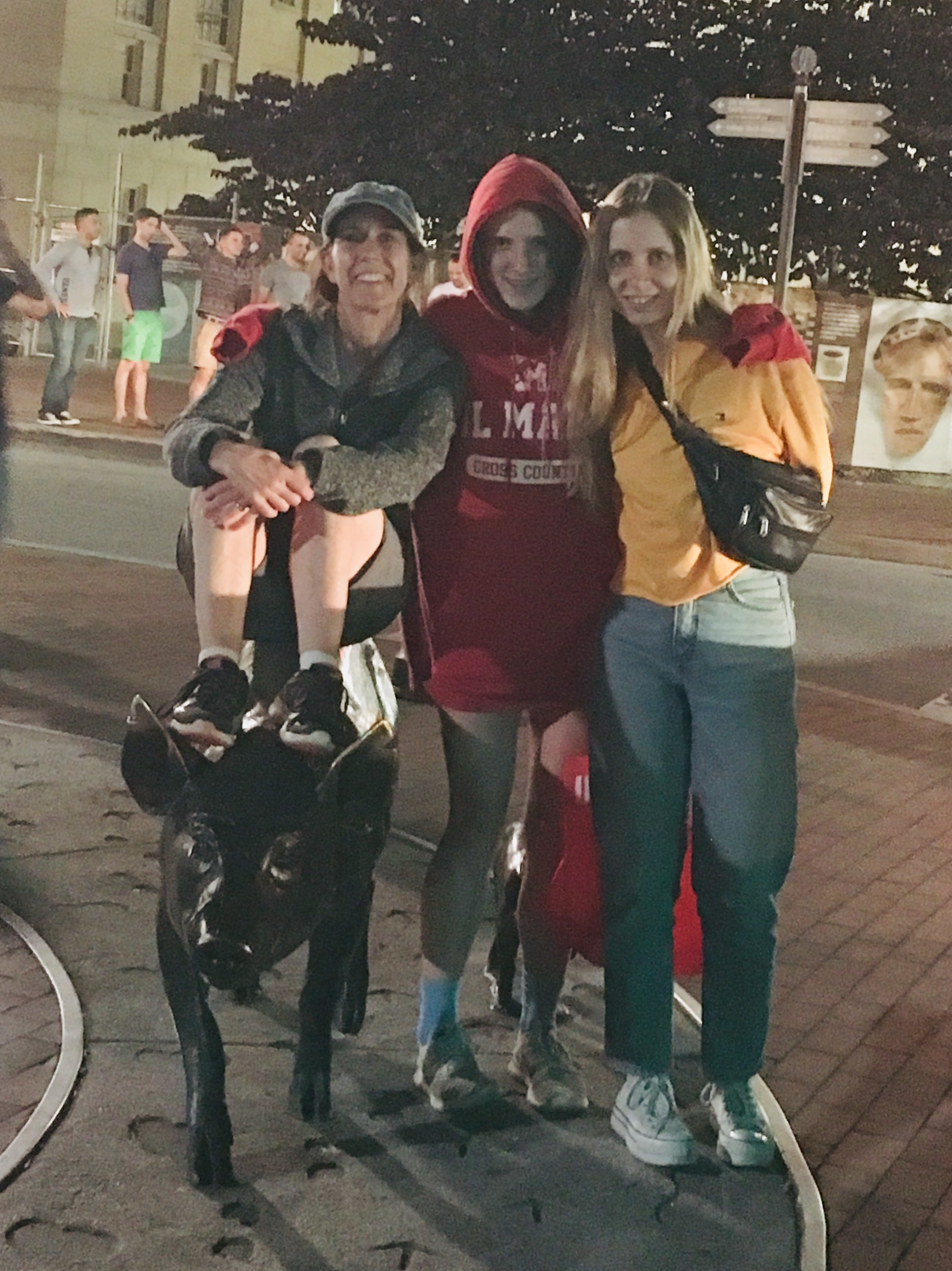 Yulia Ruzmanova, deputy editor of the Village, an online media organization that covers Moscow,
its people and events, on the right with her Greenville host family, Christine Hofbauer, Upstate International’s
Office and Language Program Director and her daughter Rebecca.